Celebrate our nation and independence this 4th of July in Gatlinburg, TN. Each year, the city hosts it’s legendary Gatlinburg 4th of July Midnight Parade, where families come together for fun, laughter and patriotic pride. The streets come to life with the sounds of local entertainment and magical parade floats unlike anywhere else in the country.

(See Also: Top 5 Free Things to Do in Gatlinburg TN with Kids)

This year’s parade Grand Marshall is Retired Army Staff Sergeant Heath Calhoun. Calough served as a Squad Leader for the 101st Airborne Division while deployed in Iraq.  Calhoun was injured when a rocket-propelled grenade hit his Humvee in 2003.  Because of the accident, he suffered a double leg amputation due to the injury.

His injury didn’t slowed him down. After receiving prosthetics and completing rehabilitation treatment, Calhough learned of the Wounded Warrior Project. With that, he became introduced to adaptive skiing. Sergeant Calhoun has now proudly represented the USA in the 2014 Paralympic Winter Games in Sochi, Russia, and the 2010 Games in Vancouver, Canada.

The parade begins at traffic light #1A and continues thru downtown to traffic light #10 completing it’s route at Ski Mountain Road. Even though the parade doesn’t kick off til 12 midnight, we suggests you arrive very early to secure a spot. Be sure to bring along a folding or camping chair for your comfort as well.

The fun doesn’t end after the parade. For those of you with an adventurous side, be sure to sign up the the River Rat Regatta, a floatable river race open to anyone and everyone!  Registration begins at 10 am at Christ in the Smokies.

Last, but certainly not least are FIREWORKS! Celebrate our country with a spectacular fireworks display in the heart of Gatlinburg the evening of the 4th. The best area to view this awesome display is between traffic lights 3 and 5.

The Gatlinburg 4th of July Midnight parade is a definite must-see while you’re here for the holiday, so plan your stay today with Stony Brook Lodging. We offer Gatlinburg cabins with stunning views and convenient locations for celebrating the holiday. 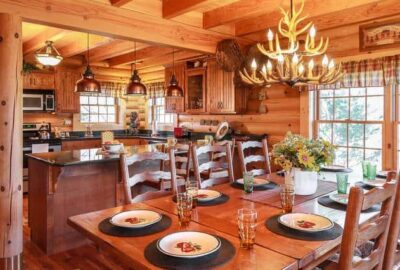